The unknown unknowns of business (part 4)

Lewis is now five years into owning a construction company. The Company has many long-term construction projects. So far, Lewis has only worked with an external bookkeeper, but the bookkeeper is retiring in 6 months, and Lewis must find a new solution to maintain his increasingly complex financial records. Lewis realizes that with the growing complexity of his business, it may not be easy to find a replacement. An opportunity to bid on a 40 unit condo project is coming up in a few months. Lewis is considering whether he needs to hire a CPA internally to manage the Company's financial reporting commitments. Lewis is debating whether now is the right time to hire a CPA internally or if he can make due by replacing his current bookkeeper when she retires. This article will cover the reasoning and questions Lewis has about hiring a full-time controller.

As Lewis embarks on more complex and longer-lasting projects, he has run up against the limits of his accounting knowledge. The complexity of revenue recognition is a particular area that has given Lewis some headaches. The Company recognizes revenue on long-term construction contracts based on the percentage of completion method. Last year Lewis over-estimated the progress of a project and almost lost money on the project because his estimates were misaligned. The initial budget was too low, and he overestimated the project's progress at year-end. When the project was finished, it was barely profitable. If Lewis had known about all the extra costs at the beginning or midway through the project, he could have made adjustments, but he did not know the actual costs of the project until after it was finished. Even now, he's not sure if the project costs are accurate because the Company shares costs between projects. He suspects his allocation of shared costs was misestimated. The ability to accurately estimate and reevaluate costs is a skill Lewis lacks, and it is hard to find a bookkeeper skilled in estimation. CPAs, on the other hand, generally have strong estimation skills. By hiring a controller, Lewis will have someone on his team to create more reliable initial and ongoing cost estimates and allocate costs between projects more accurately.

Accounting systems, procedures, and processes are called controls in the accounting world. Controls are put in place to reduce the risk that a Company's financial statements are misstated. Lewis often feels like he doesn't know what is going on with the Company's accounting. This is a sign that the Company may have poor controls. His advisor suggests that it is time to address the problem, but he does not know where to start.

One of the main reasons to hire a controller is to assess, create and monitor controls. A company is likely to have deficiencies in controls if a CPA has not set up the Company's accounting systems, procedures and processes. Many companies have poor controls without knowing it because they do not have the skillset to identify and address control deficiencies. Falling under this category, Lewis feels confused but also scared about all the problems that might be hidden in his finance. Missing these deficiencies could put Lewis in an awkward place down the road. Lewis wants reliable financial data, so hiring a controller could be the right decision.

Control deficiencies vary from one business to another and even more from one industry to another. Sometimes it is hard to know what questions to ask. To see a list of questions about controls in the construction industry, this article by Schneiderdowns is a good place to start.

When searching for a full-time controller, you are likely to find articles on the web about whether you should hire one in-house or hire an outsourced CFO/controller. Lewis is actually wondering, "Why should I pay $100,000/ Year for a full-time controller when I can get an outsourced one for a fraction of that price?" The biggest difference between an internal hire and an external hire is that an internal hire will help run the business. An outsourced hire's objective is to keep the accounting within the guard rails. An internal controller will be well-positioned to assist Lewis with proposals and accurately maintaining estimates while also monitoring the Company's controls and satisfying the Company's compliance obligations. If there is no clear benefit to hiring someone to help run the business, it may be worth starting with an outsourced CFO. Either way, hiring the right person is crucial, and it is important to evaluate each candidate's skill in financial reporting, estimation, identifying and addressing control deficiencies, and business acumen.

The cost of hiring a CPA to assist with financial reporting, estimates and controls can be costly, but the benefit is that data is more reliable. After considering the reasons for hiring a controller and whether he can afford it, Lewis decides to hire an internal controller to help him run the business. He can afford to hire a controller and sharpen the quantitative analysis of his proposals and ongoing work. Lewis is much more interested in making deals and developing relationships than administration, and by hiring an internal controller, he will be better positioned to bid on more complex projects. 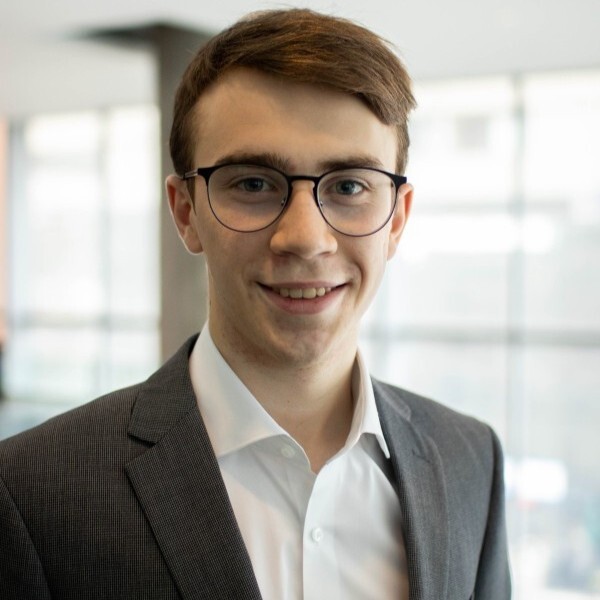